High school juniors and seniors are well into their college preparation. But college counselor Lisa Micele says it’s not too early for sophomores to start planning.

Source: What Abuse Survivors Don’t Know: Ten Life-Changing Truths to Embrace on the Healing Journey – The Catalysts for Change 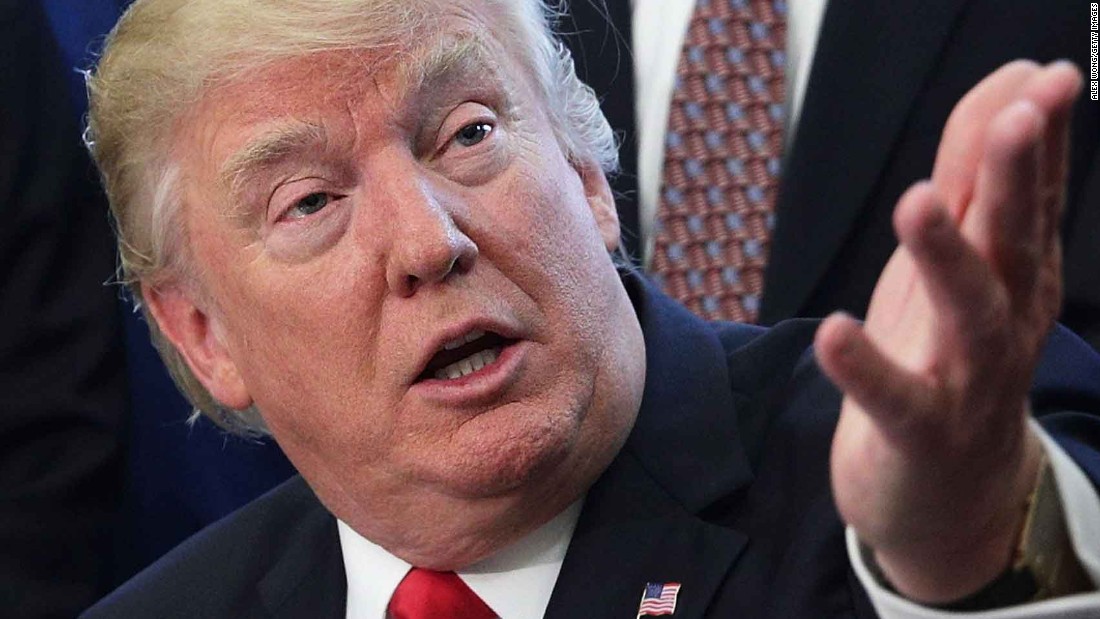 President Donald Trump likes winning. But on Friday he failed.

Lacking sufficient support, Republicans were forced to pull their bill to replace Obamacare from the floor of the GOP-controlled House.
Speaking soon after accepting defeat, Trump didn’t shoulder the responsibility himself, nor did he pin the blame on House GOP leadership or any of the warring Republican factions’ whose competing demands ultimately sunk any chance of a consensus bill.
Instead, he blamed Democrats and vowed to let Obamacare “explode.”
“We had no Democrat support. We had no votes from the Democrats. They weren’t going to give us a single vote, so it’s a very very difficult thing to do,” Trump said. “I think the losers are (House Minority Leader) Nancy Pelosi and (Senate Minority Leader) Chuck Schumer because now they own Obamacare. 100% own it.”
The words flew in the face of Trump’s intense and personal engagement in lobbying members of Congress to support the House bill, efforts the White House touted in recent days as they hinted at Trump’s negotiating expertise.
That tune changed on Friday after Trump’s first legislative failure, when Trump dubbed himself a mere “team player.”

READ MORE HERE – Trump’s art of no deal: Find someone to blame – CNNPolitics.com

Donald Trump ran for office as a man of the people, but his rich-and-famous lifestyle is costing Americans a bundle.

How many Americans does it take to keep President Trump and his family in the lifestyle to which they are accustomed?

Well, think of it this way. The Post this week had a scoop on the Secret Service requesting an additional $60 million in its next budget: $27 million to protect the president’s wife and son in their three-floor penthouse at Trump Tower in New York, where they live instead of the White House, and $33 million for additional travel costs.

The average family of four in the United States pays about $4,000 a year in federal income taxes. That means the entire tax bill for 15,000 families for the year will go toward these additional protection measures for Trump. And the Secret Service is just a slice of the overall expense. Figure in costs incurred by authorities in Florida and New York, the Pentagon and others, and costs related to the Trump sons’ international business trips, and we’re well over $100 million a year.

Parents, educators, and lawmakers who support public schools are banding together on behalf of students and leading a strong resistance against using public tax dollars to pay for tuition at private schools.

As NEA begins nominations for the 2017 Social Justice Activist of the Year Award, we had the opportunity to catch up with last year’s awesome winners—the Union City Educators.

As NEA begins nominations for the 2017 Social Justice Activist of the Year Award, we had the opportunity to catch up with last year’s awesome winners-the Union City Educators.

With more than $9 billion in education cuts in the Trump-DeVos budget, here are 5 programs that will be seeing a massive impact.

Source: 5 education programs that will lose big under the Trump-DeVos budget – Education Votes

Trump Supreme Court nominee Neil Gorsuch had a bad, bad week: the US Supreme Court unanimously rejected his ruling on students with disabilities, and educators came to town to say he’s wrong for the Supreme Cou

For many, the ties between investment bank Goldman Sachs and the government (particularly the Trump Administration) is very worrisome.

It seems as though Trump is trying to drain the swamp by forcing it to overflow; last week, he nominated Goldman managing director James Donovan to the post of deputy Treasury secretary, to serve alongside the department’s secretary, Steven Mnuchin — another former Goldman bigwig.
… read more. by Niv SultanSource: The revolving door always spins for Goldman Sachs — by design

This data on executive branch personal finances gives an inside look at the financial interests of what is likely the wealthiest cabinet in modern history.

The Center for Responsive Politics is releasing new personal financial data for members of the Trump administration. But there’s a big hole: We still await legally required financial disclosures from members of the Executive Office of the President.  … read more by Alex Baumgart