Jacques Cousteau said the water cycle and the life cycle are one. Michigan is blessed to have 20% of the world’s fresh water in our Great Lakes Basin. It’s not only the source of drinking water, but it’s important to the wildlife and the earth’s geological system.

We must be good stewards of the Great Lakes. Yet, in the last administration, we’ve had constant threats to our waterways, tap water, ecosystems, groundwater, rivers, and lakes. Among the many concerns I received was the dumping of millions of gallons of raw sewage into Lake St. Claire.

Many miles of shoreline are being lost to a quicksand of human fecal material. Fishing and tourism are two important industries for our state. Therefore, Michigan must pursue a goal to reduce contaminants in our waterways. It’s time to take care of our water resources. It’s time to save the Great Lakes.

As I meet people across the state, I am amazed how similar we are. They say our nation is divided, but from barbershops to coffee shops, Michiganders I meet share many concerns.

Citizens express their concern for our future, for our infrastructure, for the people of Flint, for our Great Lakes, and for our schools. I have heard stories of citizens’ triumph over adversity, speaking up in the face of retaliation by Emergency Managers, and teachers standing up for students who have no one else. I am encouraged and strengthened by you. We can take back our state.

If you’d like me to speak to your circle of friends, community or political group, service club, civic organization or county Democrats chapter feel free to send an email to my scheduler, Jeffrey Salisbury at JeffreyLSalisbury@gmail.com .

No group is too large or too small. I hope to meet you soon.

Source: Clean Up Michigan – Bill Cobbs for Governor in MI

Donate
The people of Michigan have waited too long for the infrastructure, water and educational issues in our state to be solved. If you want a Governor whose priority is putting the people first, you can help out with a donation. Every donation goes a long ways to reaching out to voters just like you, so we can win. Bill does NOT accept donations from corporations. Bill Cobbs is truly PUTTING THE PEOPLE FIRST!
http://www.billcobbs2018.com/donate

President Trump said he would hold a “major meeting” Friday at his private Mar-a-Lago club in Palm Beach, Fla., that would be “all about” the Department of Veterans Affairs (VA), but the Friday meeting apparently never took place.

Instead, the White House said in a release the following evening that Trump spent a portion of his Saturday focusing on the issue.

Trump “spent the early morning and afternoon on issues concerning the Department of Veterans Affairs and the military,” according to a readout from the White House late Saturday.

A Reuters review found that at least 63 individuals with Russian passports or addresses have bought at least $98.4 million worth of property in seven Trump-branded luxury towers in southern Florida.

MIAMI/MOSCOW – During the 2016 presidential campaign, Donald J. Trump downplayed his business ties with Russia. And since taking office as president, he has been even more emphatic.

“I can tell you, speaking for myself, I own nothing in Russia,” President Trump said at a news conference last month. “I have no loans in Russia. I don’t have any deals in Russia.”

But in the United States, members of the Russian elite have invested in Trump buildings. A Reuters review has found that at least 63 individuals with Russian passports or addresses have bought at least $98.4 million worth of property in seven Trump-branded luxury towers in southern Florida, according to public documents, interviews and corporate records.

The buyers include politically connected businessmen, such as a former executive in a Moscow-based state-run construction firm that works on military and intelligence facilities, the founder of a St. Petersburg investment bank and the co-founder of a conglomerate with interests in banking, property and electronics.

People from the second and third tiers of Russian power have invested in the Trump buildings as well. One recently posted a photo of himself with the leader of a Russian motorcycle gang that was sanctioned by the United States for its alleged role in Moscow’s seizure of Crimea.

READ THE FULL REPORT HERE: Who are the wealthy Russians investing in Trump luxury buildings?

Older Americans, particularly in areas that voted for Donald Trump, could see their health insurance costs increase to the point where they are no longer affordable.

NEW RINGGOLD, Pa. (AP) — Among the groups hardest hit by the Republican plan to replace the Affordable Care Act is one that swung for Donald Trump during last year’s presidential race — older Americans who have not yet reached Medicare age.

Many of those who buy their own health insurance stand to pay a lot more for their coverage. That is especially true for the nearly 3.4 million older Americans who have enrolled through the government marketplaces, many of whom receive generous federal subsidies through the health care law enacted under former President Barack Obama.

Health care experts predict those older adults will end up buying skimpier plans with lower coverage and higher deductibles because that’s all they will be able to afford. The Republican plan replaces the subsidies in the Affordable Care Act, which mostly benefit low- and middle-income earners, with a flat tax credit that does not take into account income or local insurance prices.

Some “fine-tuning improvements” will be made to the bill before a vote, House Speaker Ryan​ said Sunday.

Municipalities in the Great Lakes region could lose $300 million in annual federal funding under the budget proposal the White House released on Thursday.

Local officials say the Great Lakes Restoration Initiative has led to improved water quality and pollution control and a bustle of waterfront development. It could lose $300 million in annual federal funding under the White House’s proposed budget.

As anyone watching the corporate education reform movement can attest to, Big Data and metrics have become the coin of the realm to the reform community.

Let any conversation between reformers and defenders of public education go on long enough and the reformer will eventually blurt out the magic words: “But…accountability!”

This worldview seems informed by the belief that any problem, no matter how complex or complicated, can be solved by crunching enough numbers.

The problem is that when dealing with actual, living human beings, numbers don’t always–or ever–mean what we think they mean.

In honor of the NCAA Basketball Tournament, let’s look at an example from the world of sports.

Let’s say we have two hypothetical college hoops teams, the “Reformers” and the “Defenders,” and both teams finish the season with identical records of 20-15.

Based on their numerical records, the teams are equal, right? Not quite. Because the Reformers …READ MORE HERE: Are “Big Data” and “metrics” the new religion in education reform? | Eclectablog

Here’s some reading for your lazy Sunday. Remember to pass on what you find useful!

Joel Klein Reflects in His Legacy as NYC Schools Chancellor

Well, that’s something that could use some reflecting. As you might imagine, Klein has a bit more insight about some reflections than about others.

Dumping ESSA Regs Is Not a Big Deal But…

Leonie Haimson takes a look at what the dumping of Obama’s ESSA regs really means– and what it doesn’t.

Many of us were passing around a USA Today article seemingly critical of charters. Gary Rubinstein took the time to drill down a little further down to get the evene worse parts that USA Today skipped.

To The Parents of Children Who Stare at My Disabled Daughter

You might not always read Daniel Willingham because he’s not often on our side of issues, but this piece– personal and heartfelt– deserves your attention.

The Reclusive Hedge-Fund Tycoon Behind the Trump Presidency

Not strictly about education, but if you want to get a better sense of the ideology moving some of the people who helped push Trump on us, this profile of Robert Mercer by Jane Mayer in the New Yorker is an important read.

From the indispensable blog Brain Pickings, a piece about Camus’s letter of gratitude to his teacher

At VAMboozled, an obituary for and recap of the developer of EVAAS, one of the widely used VAM models. If you want the incredible story of where this thing came from, here it is (with links, for advanced students). 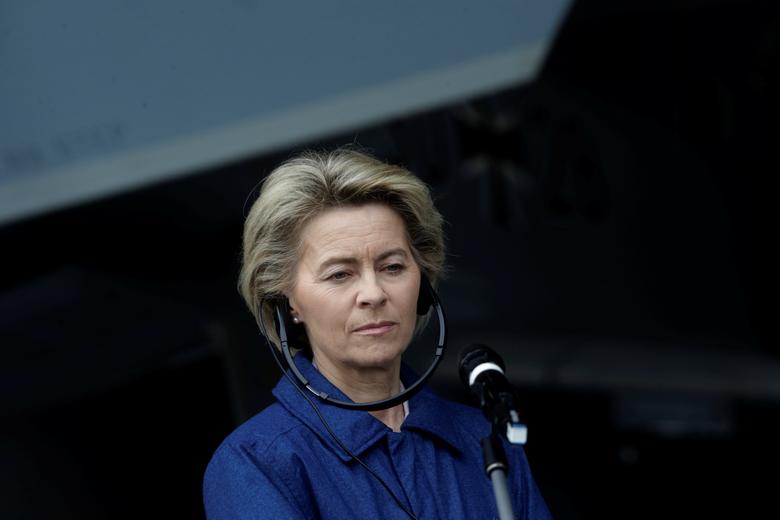 “There is no debt account at NATO,” von der Leyen said in a statement, adding that it was wrong to link the alliance’s target for members to spend 2 percent of their economic output on defense by 2024 solely to NATO.

“Defense spending also goes into UN peacekeeping missions, into our European missions and into our contribution to the fight against IS terrorism,” von der Leyen said.