The emails were obtained after the Center for Media and Democracy filed an open records lawsuit against Pruitt for his two-year-long failure to respond to our open records requests for his email correspondence with major fossil fuel corporations.

The court ordered Pruitt to release thousands of emails which are now online and available for public inspection, but CMD is still in court seeking to obtain 1,600 pages withheld and responses to eight additional open records requests. 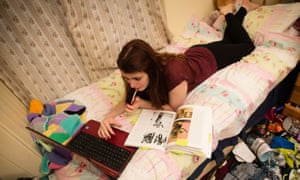 Tim Squirrell is a PhD student at the University of Edinburgh, and is teaching for the first time this year. When he was asked to deliver sessions on the art of essay-writing, he decided to publish a comprehensive (and brilliant) blog on the topic, offering wisdom gleaned from turning out two or three essays a week for his own undergraduate degree.

“There is a knack to it,” he says. “It took me until my second or third year at Cambridge to work it out. No one tells you how to put together an argument and push yourself from a 60 to a 70, but once you to get grips with how you’re meant to construct them, it’s simple.”

READ MORE HERE: How to write better essays: ‘nobody does introductions properly’ | Education | The Guardian

Chaffetz made the statement on CNN, talking about the proposed replacement for the Affordable Care Act, Barack Obama’s signature healthcare plan.

The President helped build a hotel in Azerbaijan that appears to be a corrupt operation engineered by oligarchs tied to Iran’s Revolutionary Guard.

ydar Aliyev Prospekti, a broad avenue in Baku, the capital of Azerbaijan, connects the airport to the city. The road is meant to highlight Baku’s recent modernization, and it is lined with sleek new buildings. The Heydar Aliyev Center, an undulating wave of concrete and glass, was designed by Zaha Hadid. The state oil company is housed in a twisting glass tower, and the headquarters of the state water company looks like a giant water droplet. “It’s like Potemkin,” my translator told me. “It’s only the buildings right next to the road.” Behind the gleaming structures stand decaying Soviet-era apartment blocks, with clothes hanging out of windows and wallboards exposed by fallen brickwork.

As you approach the city center, a tower at the end of the avenue looms in front of you. Thirty-three stories high and curved to resemble a sail, the building was clearly inspired by the Burj Al Arab Hotel, in Dubai, but it is boxier and less elegant. When I visited Baku, in December, five enormous white letters glowed at the top of the tower: T-R-U-M-P.

The building, a five-star hotel and residence called the Trump International Hotel & Tower Baku, has never opened, though from the road it looks ready to welcome the public…

READ MORE HERE TO FIND OUT WHY:  http://www.newyorker.com/magazine/2017/03/13/donald-trumps-worst-deal

Republicans have kept the skeleton of Obamacare while making it stingier and less helpful.

Source: The GOP’s new health-care plan versus Obamacare: Which one is better for Americans? — Quartz

A licensure exam that educators in many states must pass to become school principals may be an ineffective means of predicting future job performance, a new study suggests.

Scientists have linked the oil and gas industry to a rash of earthquakes in regions that previously saw few. But, contrary to popular belief, fracking itself is not the main cause.

Depending whom you ask, America’s debt is either a national crisis or a clever way the world’s richest country takes advantage of its global economic dominance. We explain.

Quiz: “Is my relationship healthy?” by LoveIsRespect.org
by thecatalystsforchange
“Everyone deserves to be in a safe and healthy relationship.

Do you know if your relationship is healthy? Answer yes or no to the following questions to find out. Make sure to check the boxes to record your responses. At the end, you’ll find out how to score your answers.”

“Everyone deserves to be in a safe and healthy relationship.

Do you know if your relationship is healthy? Answer yes or no to the following questions to find out. Make sure to check the boxes to record your responses. At the end, you’ll find out how to score your answers.”