Last night, roughly 80 people came out to participate in a vigil to abolish ICE in Kent County. The action was organized by GR Rapid Response to ICE and was meant to do several things.

First, we wanted to show people one of the locations where ICE operates out of. We chose this location because it is their operational facility, where agents are deployed from to go into our community and rip people from their families.

Second, we wanted to share information about some of the families that ICE has directly impacted through fear and violence, by reading examples and then placing flowers by the ICE building for each person affected. 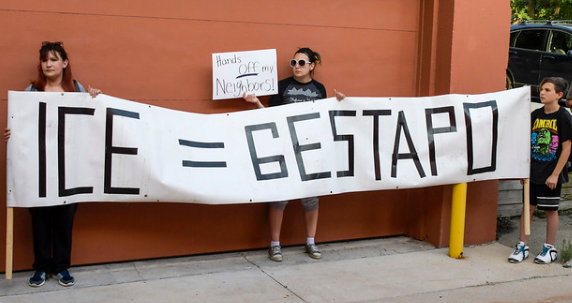 We are here at 517 Ottawa Ave NW, one of three ICE offices in Grand Rapids. When our immigrant neighbors are taken by ICE–from their homes, from their cars, on their way to work or to…