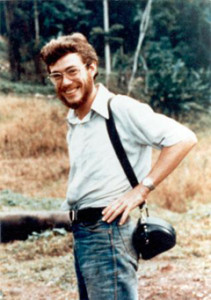 Benjamin Ernest “Ben” Linder (July 7, 1959–April 28, 1987), a U.S. engineer working on a small hydroelectric dam in rural northern Nicaragua, was killed by the U.S. CIA funded Contras. Linder and two Nicaraguans—Sergio Hernández and Pablo Rosales—were killed in a Contra ambush on April 28, 1987. Linder was wounded by a grenade and then shot at point-blank range in the head.

In addition to volunteering as an engineer, Linder participated in vaccination campaigns, using his talents as a clown, juggler, and unicyclist to entertain the local children.