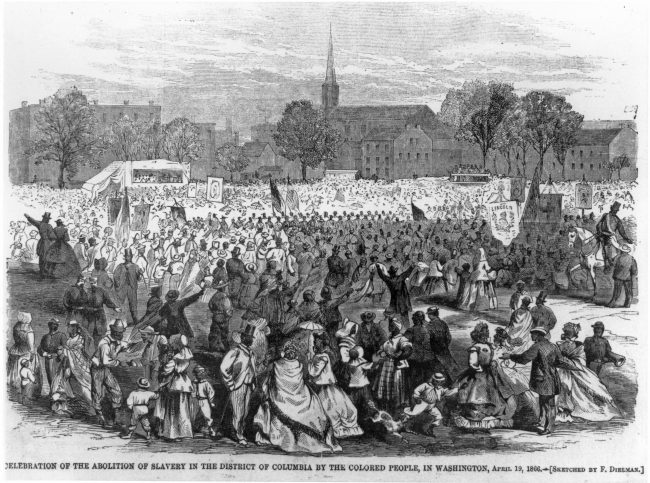 Celebration of abolition in Washington, D.C. in April 19, 1866. Source: Library of Congress

Pause for a minute to consider how much compensation would have been offered to the people who suffered torture and other human rights abuses and whose labor and families were stolen for generations. The answer is zero.

The federal government compensated the “owners” of enslaved people for their “loss of property.” The people who were freed were not compensated, nor given any assistance for the transition to their new found freedom.

Emancipation Day is a city holiday in Washington, D.C.