The Michigan State University board Thursday named Satish Udpa to be the new interim president, replacing John Engler, who was forced out.

Like Loading...
New Trustees, Fresh Scandal Brought Engler Down This Time
Just last week, Michigan State University Trustee Dianne Byrum seemed resigned to Interim President John Engler sticking around until a new, permanent president was hired this summer. But now, MSU will have their third leader in the past year.
Two new trustees, and Engler’s recent comments to the Detroit News, helped bring about the end of his controversial term at the university. And for many Nassar abuse survivors, the former governor’s resignation is “long overdue.” Read this story

On Day 3 of the Los Angeles teachers strike, NPE President, Diane Ravitch, spoke at a rally in front of Alexander Hamilton High School. You can watch the video below. 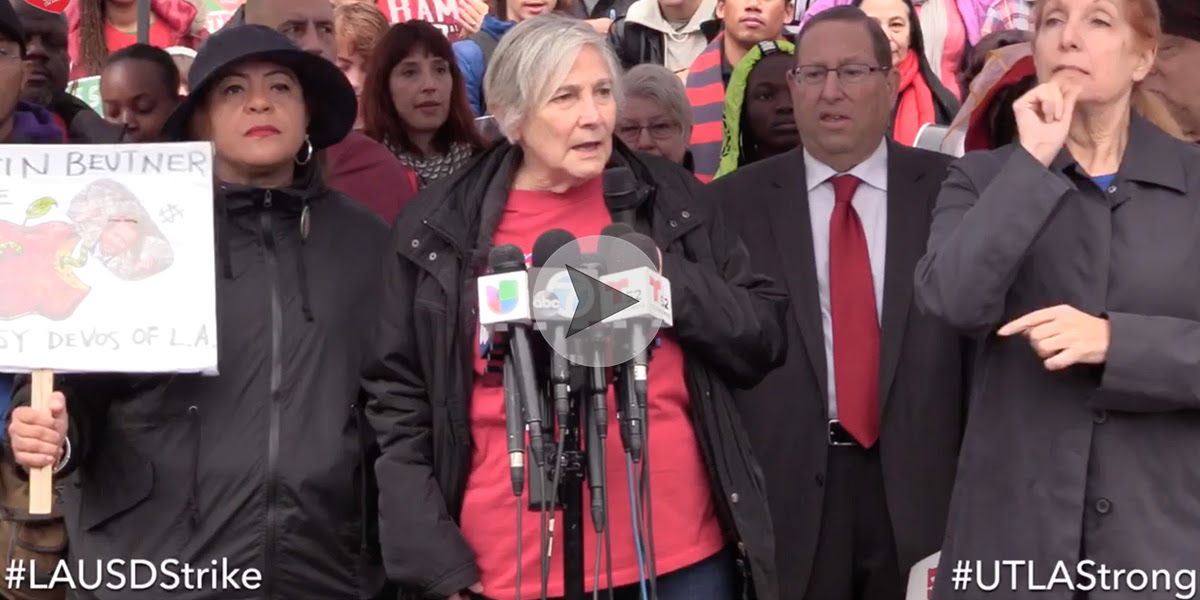 Diane also wrote a blog post about the strike and how the spread of charters has devastated the district.

via Picketing with UTLA: A Great and Inspiring Morning

The news industry doesn’t look like it did a decade ago. Poynter interviewed 15 journalists from across the United States to hear their experiences during the last 10 years.

The board also voted unanimously to appoint Satish Udpa, currently executive vice president for administrative services, as acting president. Udpa is now responsible for all duties associated with the Office of the President and will serve in the role until a permanent president is selected as part of the university’s ongoing search.

The board also voted unanimously to appoint Satish Udpa, currently executive vice president for administrative services, as acting president. Udpa is now responsible for all duties associated with the Office of the President and will serve in the role until a permanent president is selected as part of the university’s ongoing search.

Back in 2005, I worked with members of the National Council of Churches Committee on Public Education and Literacy to develop a short resource, Ten Moral Concerns in the No Child Left Behind Act. While closing achievement gaps seemed an important goal, to us it seemed wrong that—according to an unrelenting year-by-year Adequate Yearly Progress schedule—the law blindly held teachers and schools accountable for raising all children’s test performance to the test score targets set by every state. Children come to school with such a wide range of preparation, and achievement gaps are present when children arrive in Kindergarten.  At that time, we expressed our concern this way:

“Till now the No Child Left Behind Act has neither acknowledged where children start the school year nor celebrated their individual accomplishments. A school where the mean eighth grade math score for any one subgroup grows from a third to a