Yesterday, the Detroit Chapter of the NAACP came to Grand Rapids to hold a rally in front of the offices of Bethany Christian Services, because of the current crisis surrounding the separation of immigrant families in detention. 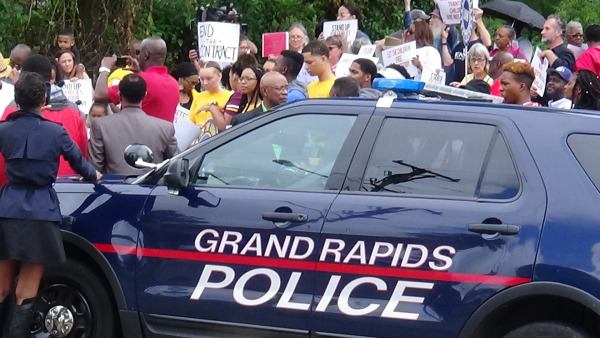 The event also included a spokesperson from the Grand Rapids NAACP, members of the UAW from Detroit, La SED and several pastors who addressed the crowd of roughly 100 who stood across from the offices of Bethany, holding signs.

There was some important points that were made during the rally. First, one of the pastors who spoke made the point that the children who were brought to Bethany and other agencies in the state, were brought in between 11pm and 7am, “during the cover of night. What is it that the government was hiding that caused them to transport these children in the middle of the night?”

The representative from La SED (Latin…