“Where you see wrong or inequality or injustice, speak out, because this is your country. This is your democracy. Make it. Protect it. Pass it on. ” – Thurgood Marshall

Rochelle Riley’s column on Sunday in the Detroit Free Press begins this way: “Something miraculous happened at this year’s Mackinac Policy Conference sponsored by the Detroit Regional Chamber. For the first time that I can recall, people in charge of changing people’s lives spent most of their time focused on those in the state who need their help the most.”

Detroit’s school superintendent, Dr. Nikolai Vitti, finishing his first year on the job, made the biggest waves—by telling the truth.

Remember that in these accountability-driven times, when school superintendents pretty much have to promise to raise test scores as a requirement for getting hired, these people have to pretend they can turn a district around on a dime. When they inevitably fail, they are fired. Three years is a long time for such people to last.

And remember the history of Detroit’s schools, until 2017 under years of…

In mid-April, the American Lung Association published their annual report on air quality rating for metro areas in the country.

The American Lung Association data also states that there are certain people who are more at risk because of the poor air quality, such as those with asthma, people with lung cancer, cardiovascular disease, diabetes, adults over 65 and those living in poverty. 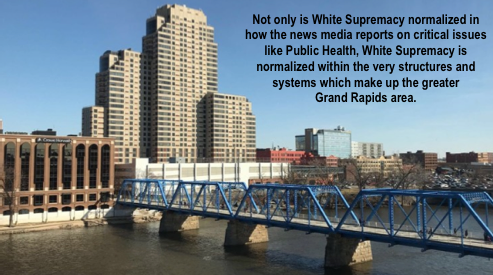 Interestingly enough, when Grand Rapids commercial media reported on this matter, the only focused on the fact that Grand Rapids was tied for 34th most polluted metro area. The WZZM 13 story made the city ranking its headline, while WOOD TV…