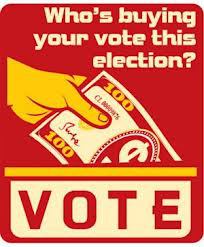 Michigan will be deciding who the next Governor will be this coming November and there has been plenty of money contributed to a variety of candidates running for that office.

According to the Michigan Campaign Finance Network, 318 donors have already given the maximum amount of money allowed under current campaign finance rules.

In addition, there has already been $16 million raised by the eight Gubernatorial candidates, 4 from the GOP and 4 from the Democrats. Of the candidates that have donors who have contributed the maximum amount of $6,800, there are three Republicans and two Democrats.

GOP Candidates who have donors contributing the maximum:

Democratic Candidates who have donors contributing the maximum: