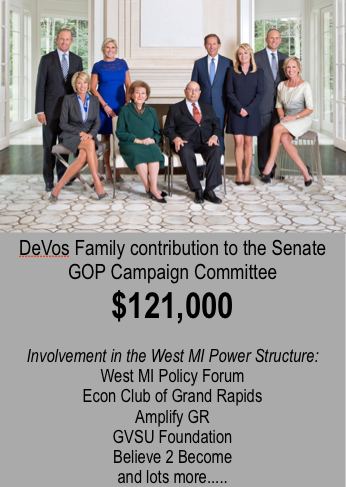 Yesterday, the Michigan Campaign Finance Network posted an article looking at the organizations and families contributing the most money (as of Oct 20, 2017) to the 2018 elections at the state level in Michigan.

They list several of the members of the West MI Power Structure as major contributors and we decided to to the campaign contributions to date for the state level together, with images and a brief list of some of the other groups these people are involved with in West Michigan. The groups they are involved in not only influence state policy, they influence the economic and political realities in West Michigan.