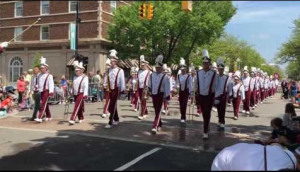 Still have doubts? Pay a visit to Betsy DeVos’ hometown of Holland, Michigan like I did last week…

To see for yourself how school choice leads to segregation, I recommend a visit to Betsy DeVos’ hometown of Holland, MI. Here, two decades of the policies that the Trump/DeVos education budget now wants to take national, have resulted in white flight and school closures, leaving Holland’s poor and minority students segregated in the few schools that remain open. I traveled to Holland last week for the annual Tulip Time festival, a celebration of the city’s Dutch heritage. But along with Dutch shoes and swagger, the legacy of Michigan’s now two decade-long experiment with school choice was on vivid display as well, and it wasn’t pretty.

First, some background. During the endless runup to DeVos’ confirmation hearing last year, it was the Wild West-style school choice she’d pushed in Detroit that garnered most of the attention. But DeVos was also behind Michigan’s inter-district choice policies that, starting in 2000, *disrupted* neighborhood attendance zones, just as the Trump Administration’s proposed budget seeks to do. In Michigan, school choice has become the new white flight as white families have fled their resident districts for schools that are less diverse. The most dramatic example of this may be in DeVos’ own home town of Holland.

The choice to segregate
Since Michigan adopted the school choice policies DeVos is now pushing across the country, Holland’s white enrollment dropped by more than 60%, as students decamped for public schools or charters in whiter communities nearby. The students who remain in the Holland Public Schools are now majority Hispanic and overwhelmingly poor—twice the schools’ poverty rate when Michigan’s school choice experiment began.  Many of these students are the children of migrant farm workers who came to this part of the state to pick fruit; school choice enabled Holland’s white families to pick not to attend school with them. One in three students in Holland no longer attends school there, and since the money follows the child in the Mitten State, yet another DeVos priority, white flight has eaten the district’s finances too.

Next up: I watch school segregation march by in the Tulip Time *People’s Parade.* Read the rest of my report here.

Ps: my latest trip to the Mitten State was a research expedition for the book I’ve decided to write! I’m looking at how the Midwest went red, and why the war on public schools in Michigan, Ohio, Indiana and Wisconsin is so key to understanding that. Stay tuned for details and donation opportunities 🙂

Source: School Choice Leads to Segregation – Have You Heard

Update and GRPD collaboration with Federal Agents in the Grandville Avenue area
by Jeff Smith (GRIID)
We have been made aware of the fact that our posting from this morning said that ICE agents, when it was US Marshal’s who had the assistance of the Grand Rapids Police Department in apprehending someone they claim was a “suspect on a Felony Warrant.” https://griid.org/2017/05/18/update-and-grpd-collaboration-with-federal-agents-in-the-grandville-avenue-area/

We have been made aware of the fact that our posting from this morning, which said ICE agents, when it was US Marshal’s who had the assistance of the Grand Rapids Police Department in apprehending someone they claim was a “suspect on a Felony Warrant.” We did correct which law enforcement agency was involved. 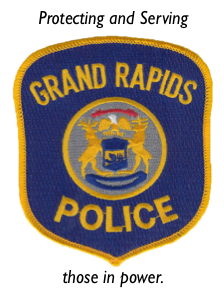 However, we stand by the content of the article posted earlier today, in that the fact that the GRPD’s collaboration with federal law enforcement agents does in NO Way makes those in the immigrant and undocumented community feel safe. Chief Rahinksy makes it clear in his statement at the end of the Media Release they sent out this afternoon, when he says:

“While the GRPD does not enforce Federal immigration law (Title 8, Code of Federal Regulaitons), we cannot refuse a request for assistance from a Federal or State law enforcement agency” – Chief David Rahinsky