White House press secretary Sean Spicer barred reporters from several large media outlets from participating in a scheduled press briefing Friday. Two months ago, in a panel discussion, he insisted that open access for the media is “what makes a democracy a democracy versus a dictatorship.”

While conservative outlets such as Breitbart, One America News and the Washington Times were allowed into Friday’s briefing, Politico, the New York Times and CNN were not, according to the Times’ Michael Grynbaum. The White House Correspondents’ Association, representing the White House press pool, released a statement indicating that it was “protesting strongly” against the way the briefing was handled. The New York Times’ executive editor, Dean Baquet, told his paper’s reporter that “nothing like this has ever happened at the White House in our long history of covering multiple administrations of different parties.” CNN called it “an unacceptable development” that was “how they retaliate when you report facts they don’t like.” On Twitter, The Washington Post’s executive editor, Marty Baron, called the move “appalling.” 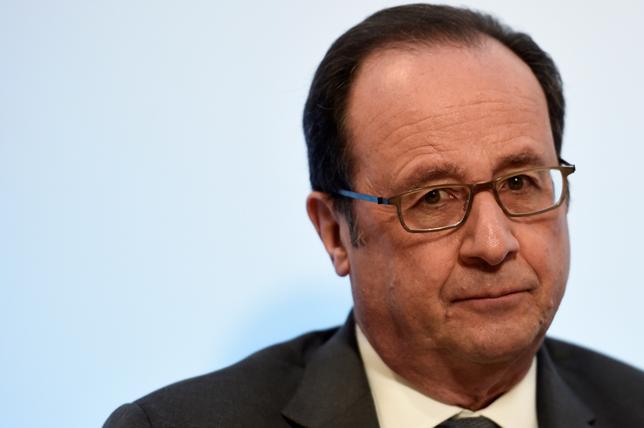 French President Francois Hollande fired back at Donald Trump on Saturday after the U.S. president remarked in a speech that a friend thought “Paris is no longer Paris” after attacks by Islamist militants.

“There is terrorism and we must fight it together. I think that it is never good to show the smallest defiance toward an allied country. I wouldn’t do it with the United States and I’m urging the U.S. president not to do it with France,” Hollande said.

“I won’t make comparisons but here, people don’t have access to guns. Here, you don’t have people with guns opening fire on the crowd simply for the satisfaction of causing drama and tragedy,” Hollande said, responding to questions during a visit at the Paris Agric fair.

From the late-1980s until 2009 as “Mr Journalism” I taught hundreds of high school students about Journalism and the art of writing in “news English style” each school day. Beginning with the history of mass communications and media, through the period of colonial newspapers and the technological advances from printing presses and linotype machines and hot lead to offset printing and digital imaging along with the growth of newspapers, news magazines, radio, television and cable and internet news broadcasts and outlets.

The last textbook I used was this one last copyrighted in 2005. More recently it’s been edited and revamped and has a new title, which given all that is happening in the US recently, is IMHO appropo.

Titled “Journalism Today” then is now called “Journalism Matters” — yes it does. Journalism DOES Matter. Below is the complete overview of Chapter 1. The opening sentence, which as I recall hasn’t changed from the previous edition and which I read to students for MANY years reads:

“For The history of the United States is inseparable from the history of its journalism. Newspapers played a pivotal role in the American Revolution.” 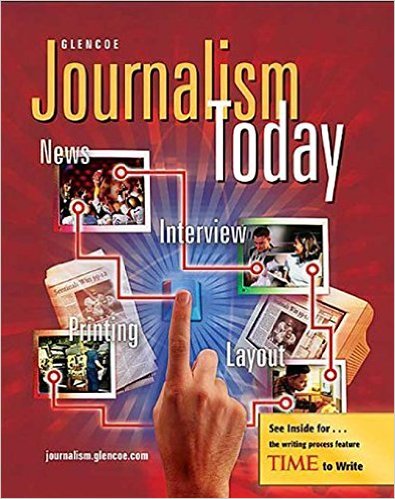 “For The history of the United States is inseparable from the history of its journalism. Newspapers played a pivotal role in the American Revolution. By 1775, when the Revolution began, 37 newspapers were being published in the colonies. These newspapers generally backed the struggle for independence. Newspapers then, and for the next century, deliberately took sides in the struggles between political parties. Readers who supported the fight for independence bought a Whig newspaper, and readers who were loyal to the British Crown bought a Tory newspaper.

When the Constitution of the United States was ratified, it contained no provision for freedom of the press. However, when the First Amendment in the Bill of Rights was ratified in 1791, it guaranteed a free press with the words “Congress shall make no law . . . abridging the freedom of speech, or of the press.”

After the Revolution, the newspaper industry grew rapidly. Even small towns had newspapers. Early American newspapers featured mainly opinion rather than news. This changed with the 1833 founding of the New York Sun, which was filled with news and sold for a penny. This was the beginning of the “penny press,” considered the forerunner of today’s newspapers. The late 1800s saw the era of unethical and irresponsible journalism known as yellow journalism. This brand of journalism involved hoaxes, altered photographs, startling headlines, and misrepresentations of the truth.

New technologies have greatly influenced the growth and evolution of the U.S. media over the years. The telegraph allowed reporters to transmit their stories quickly from a distance. Radio and television have brought major changes to journalism. The Internet has made the transmission of information amazingly quick and efficient, but its ultimate impact on journalism is not yet known. No matter how information is delivered to the audience, however, the fundamentals of good journalism still apply.” 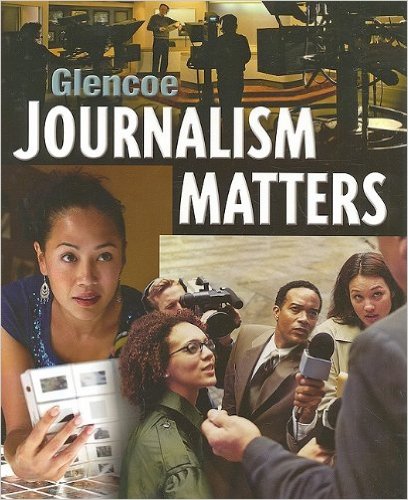 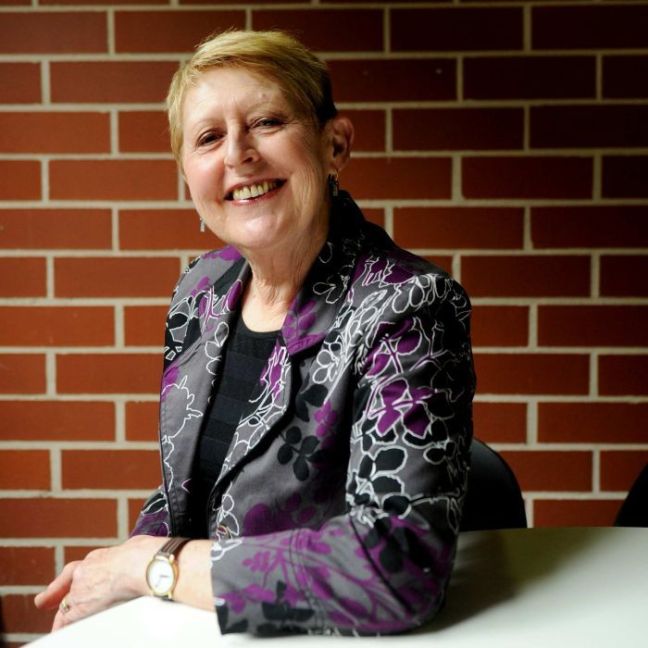 Mem Fox says she doubts she will visit the US again after she was wrongly detained by immigration officials.

Australian author Mem Fox has received a written apology from the United States after what she said was a traumatic detention by immigration officials at Los Angeles Airport.

She said the border agents appeared to have been given “turbocharged power” by an executive order signed by President Donald Trump to “humiliate and insult” a room full of people they detained to check visas.

That executive order was eventually halted by Federal Courts and it was expected a new order would be signed this week, designed to avoid the confusion caused by the original.

“I have never in my life been spoken to with such insolence, treated with such disdain, with so many insults and with so much gratuitous impoliteness,” Fox said. 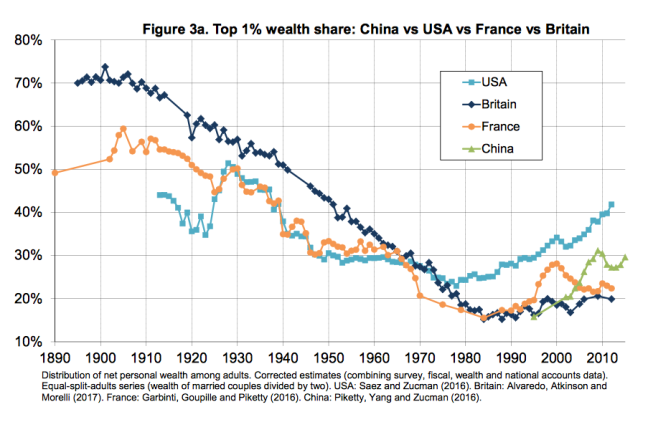 ‘Why does the GOP want to cut the super rich’s
taxes while raising taxes on the middle class?’

Source: Why does the GOP want to cut the super rich’s taxes while raising taxes on the middle class? | Eclectablog 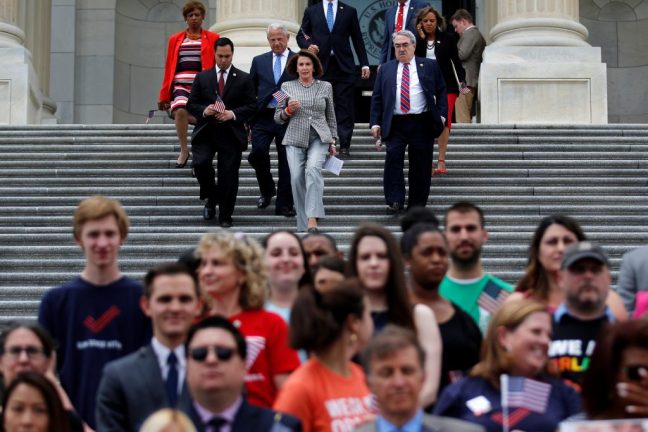 Ethan Todras-Whitehall was disappointed when Donald Trump won the 2016 presidential election. After his victory, “sitting on your hands and just reading the news was intolerable,” said Todras-Whitehall, a 36-year-old freelance writer and GMAT tutor from Amherst, Massachusetts. “It still is.”

So in the weeks after the election, Todras-Whitehall called two friends, Joshua Krafchin and Miriam Stone, and proposed a plan of action: creating a grassroots organization aimed at helping Democrats win back control of the House in the 2018 midterm elections.

The result is Swing Left, part of a loosely-connected network of liberal groups, like Indivisible, that pundits across the political spectrum are calling the left’s answer to the conservative Tea Party movement that emerged after President Barack Obama’s victory in 2008.

“Democrats haven’t been as focused on the House because we’ve held the presidency,” Todras-Whitehall said. But now that Republicans control the White House along with both chambers of Congress, he said, regaining control of the House “went from the last thing [liberal activists] think about” to being a top priority.

To that end, Swing Left was specifically designed to target competitive House races, while leaving “safe” Democratic seats alone. Volunteers sign up by entering their ZIP code. From there, Swing Left points them to the closest swing district, in the hopes of boosting engagement in areas where Democrats have the most potential to pick up seats.

The model is based on the idea that it’s easier for people to volunteer close to home, where they feel they can “make a difference on a regular basis,” Todras-Whitehall said.

The group is targeting 52 House districts where the winner’s margin of victory in 2016 was 15 points or less. If the party wins 80 percent of those races, Democrats can regain a majority in the House, the group says.

READ MORE HERE: How one liberal group is trying to help Democrats win back the House in 2018 | PBS NewsHour

Republicans and President Donald Trump have dominated the headlines for weeks. But this weekend the Democratic National Committee will vote on its new leader, putting the opposition party back in the spotlight.

What direction will Democrats take as they regroup after losing the presidential election? And how did this week’s CPAC gathering reflect changes on the right in the era of Trump?

There is plenty to digest, but also plenty of top-notch insight to go around. You’re just a click away from the analysis of syndicated columnist Mark Shields and New York Times columnist David Brooks. 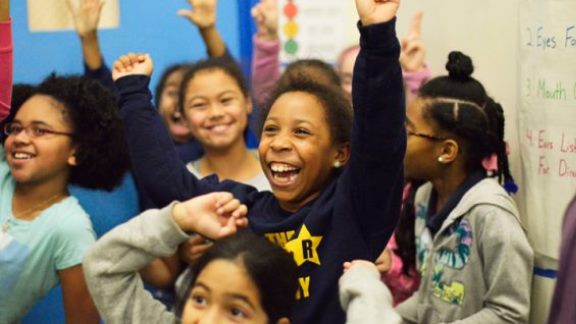 According to the most recent federal data, Black girls’ 12% suspension rate is much higher than girls of any other race and most boys, and research shows that dark girls are disciplined more harshly than those with lighter skin. 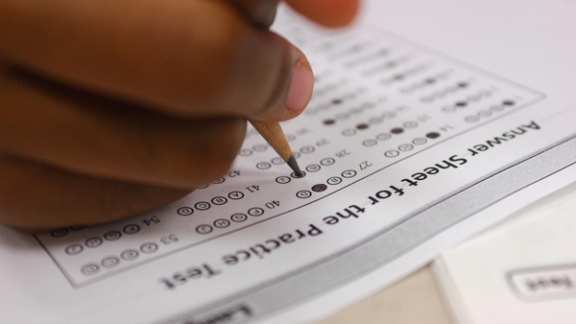 “From the student-parent perspective, what I saw was a lot of stress-stress from the student trying to do well on the test in the allotted time as well as from the scheduling of these tests.”

Source: OR lawmakers get close-up view of high-stakes tests educators say are too stressful for students – Education Votes 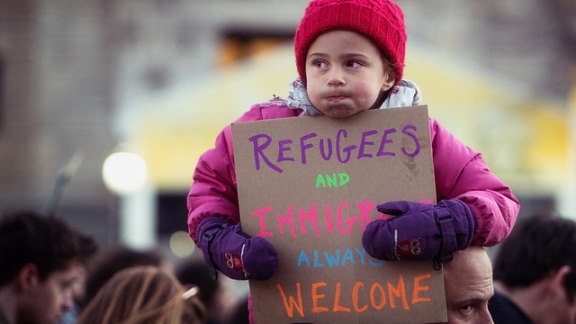 Recent Executive Orders and ICE raids have caused fear and confusion in immigrant communities. Here’s how you can make a difference for your students.