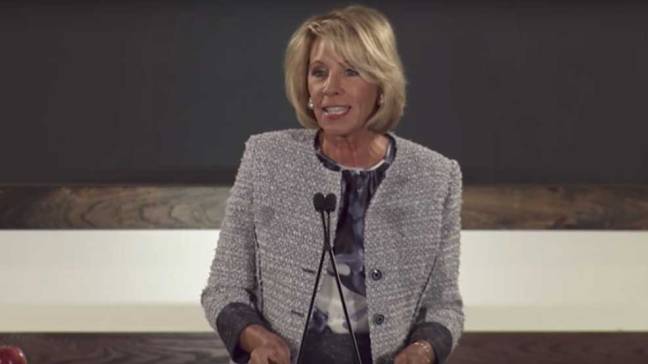 Not only did Donald Trump’s Secretary of Education nominee Betsy DeVos turn in an inept performance during her Senate confirmation hearings which revealed she has no idea how public schools work or which laws apply to schools, it turns out she’s apparently also some kind of secret anti-gay crusader. In fact for the past seventeen years she’s been the vice president of an anti-gay foundation — and now she’s acting shocked to learn this information.

Read the full blog post here: Betsy DeVos claims she had no idea she’s been VP of an anti-gay foundation for 17 years – Palmer Report