Source: CURMUDGUCATION: Should Devos Make This Argument for Choice?

Should Devos Make This Argument for Choice?

Rick Hess (American Enterprise Institute) is using the occasion of the DeVos nomination to make some points about choice as a reform strategy. This is fair– all of us in the education debates are both agitated about the nomination and aware that, for at least these fifteen minutes, American political discourse is actually paying attention to education. So we’re all busy articulating our thoughts about the subject; there’s no reason reformsters shouldn’t do the same. 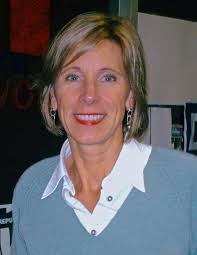 So Hess is at National Review with “What Betsy DeVos Should Tell the Senate,” a four-part argument for choice that is his dream speech for DeVos, a Hess-crafted argument for choice programs. As is often the case, while I disagree with almost everything he has to say, I appreciate his ability to articulate it clearly so that I can more clearly understand where he goes wrong. So let’s look at the four acts of this failed play:

First, teaching and learning are natural, intuitive acts. They aren’t the exotic product of some mysterious alchemy.

There are, of course, other possibilities that are neither gut-based or alchemic. For instance, teaching is a craft that requires training and experience and a serious background of knowledge. Hess’s point that “humans are natural learners” with brains “hard-wired” to understand and learn and know is absolutely legit. His observation that “adults are predisposed to share knowledge, interests and skills” might a bit more open to debate. His implication that, therefor, teaching is no big deal and probably anyone can do it (as it doesn’t require arcane training or special setting) is arguably false.

His bigger point is that “systems, structures, and bureaucratic rules are getting in the way–” and oh my God, I just realized that Rick Hess of the conservative AEI is actually a closet hippy! Fight the power! Stick it to the man! Let’s just sit in a field somewhere and , you know, just be, and just let the learning flow naturally! Now I cannot shake the mental image of Hess in a dashiki with flowers in his hair.

There is no reason to expect that charters would be one iota more humanistic or open than public schools.

If only. Hess quotes his standard line here: “Washington can force states and districts to do things, but it cannot make them do those things well.” On this, we are mostly in agreement. I might add that DC can also be effective in telling states and districts what they may not do (“No, you may not stick all of your students of color in that unfunded tinderbox next to the toxic waste plant.”)

Hess’s line is also problematic as an argument in favor of no regulation at all, but some regulation is necessary. Put another way, if you do “running a school” badly enough, you are no longer actually running a school. Put another way, to force states and districts to do a thing, you have to define the thing, which inexorably takes you toward defining how to do it well.

As words for DeVos to speak, this is also problematic for reasons laid out by Hess’s colleague Andy Smarick. DeVos has spent her whole adult life trying to influence the exercise of power by government; given the steering wheel, will she really say, “We must let states do whatever they want, even if that means they ban vouchers and stifle choice.”

Hess is also correct to say that we have seen “that inept teacher evaluation systems” have done harm, but ESSA requires some sort of system, and there is no sign that anyone in power knows what an ept system would look like, least of all a billionaire heiress who has never seen a public school teacher in action in her entire life.

Educators are trapped in the same dysfunctional school bureaucracies as students. They are beleaguered by inconstant school-board governance and frustrated by paperwork. They experience first-hand the problems of ill-conceived accountability systems and federal efforts to micromanage school discipline. Teachers have every right to be concerned about out-of-touch politicos and capricious bureaucrats.

He might have included federal efforts to force Common Core standards on his list, but his point is valid. In the schools, we are acutely aware of all the stupid things forced down upon us by state and federal bureaucrats.

However, as with the first point, there’s no reason– none at all– to believe that charters and choice offer any sort of improvement. Most of the charter sector is built on the idea of giving teachers the least possible leverage. Hire young, inexperienced teachers and make sure that they have no job protections at all so that you can fire them at any time for any reason. This is not remotely a recipe for “empowering professionals,” but it is the recipe that charter operators prefer. Being able to push aside “heavy-handed bureaucratic impediments” is no bonus if you simply replace them with heavy-handed corporate requirements to comply or be fired.

Finally, decades of federal education statutes have spawned a paralyzing tangle of rules, regulations, and mandates. Federal guidelines prevent districts from cutting spending that’s no longer productive, prohibit funds from being distributed in sensible ways, and impose crushing paperwork burdens on harried educators. This stifles schools and districts, along with online programs and personalized learning initiatives.

This is one of the oldest of the charter-choice arguments, and it continues to strike me as hugely unconvincing.

You hire a housekeeper. You make the housekeeper wear handcuffs whenever they come to work. Then you fire them. “You do a lousy job with those handcuffs one, so we’re going to hire someone else.”

You have a car. Every day you eat at McFlabby’s drive through and throw the garbage in the back seat. One day you say, “This car is a mess. I need to buy a new car.”

Why not address the handcuffs and the mess? They’re your handcuffs. It’s your mess. Fix it rather than discarding the scene of your poor stewardship. If you believe that the Big Problem in education is bureaucratic red tape and over-regulation, then attack bureaucratic red tape and regulation. Push for proper use of the resources you have, rather than agitating for more resources. Because here’s the other thing– if you handcuffed the last housekeeper and dumped a mess in the last car, you’ll probably do it all over again. This is why some conservatives oppose vouchers– because they believe you cannot get government money that is not attached to government strings.

Will DeVos attempt to use any of Hess’s arguments? I suppose anything’s possible, but one of her problems as a nominee is that historically, DeVos’s typical method of “persuasion” has been to threaten policy makers with her money— if you don’t give her what she wants, you will suffer consequences. This may be a great technique for a wealthy lobbyist or a billionaire who wants to change the world, but it’s no way to run DC. Previous Secretaries have had trouble accomplishing anything because they wanted to boss Congress around or simply ignore the laws Congress passed and write their own– there is no evidence that DeVos knows any methods of persuasion beyond brute monetary force.

I’m not looking for DeVos to adopt Hess’s talking points, and I hope she doesn’t for all the reasons listed above. But I’m not sure she can with a straight face. Hess argues that decades of federal rulemaking have “forced state and local officials into a ‘compliance mindset,’ distorting the impact of even reasonable-sounding rules.” And once again, I don’t really disagree with that assessment. I’m just not sure how someone who has demanded compliance in her career as an activist, acting in support of a charter-choice industry that regularly demands compliance of its students– I’m not sure these are the right messengers for this idea.

Hess calls choice “a way of shifting power from far-off bureaucrats back to families and educators,” and while I agree that shift would be welcome, that’s not how school choice has worked so far.

Instead of shifting power to families, choice has shifted power to charter operators, who get to control what information is used in their marketing, get to decide which students they want to work with, and get to operate without transparency or accessibility to the parents and taxpayers. Parent “choice” is only of those schools made available to them by groups in boardrooms outside the community.

Instead of shifting power to educators, charters do their best to reduce educator power so that teachers must either take what is offered to them or walk away, must be compliant or lose their jobs, and must be willing to compromise principles because they have no means of speaking up nor protection when they do.

2 thoughts on “CURMUDGUCATION: Should Devos Make This Argument for Choice?”