Attorney General Bill Schuette’s office received at least 15 complaints addressing water quality concerns in Flint — some sent a year before Schuette announced a criminal investigation into the lead contamination crisis, according to documents shared with The Detroit News.

Between April 1, 2014, and Dec. 31, 2015, 14 people contacted the Attorney General’s Office addressing Flint water concerns, according to records first obtained by the Michigan Information & Research Service. The residents couldn’t be identified because their names were blacked out.

A handful of people sent complaints on Jan. 29, 2015 — a year before Schuette announced an investigation into the matter, and eight months before Genesee County issued a health warning about Flint’s drinking water. Six complaints were sent between Jan. 29, 2015, and April 9, 2015.

Flint activist Rhonda Chisum-Kelso shared a 15th complaint with The Detroit News that wasn’t included in the original Freedom of Information Act request, which she sent on Feb. 25, 2015.

In the complaint she wrote that her “civil rights are being violated by local government servicing substandard water supply from the Flint River while surrounding county residents still receive Lake Huron Water from Detroit.”

Others complained to Schuette’s office about a bad smell and water discoloration or about their high monthly water bills coupled with suspicions that the water was unsafe.

Many Flint residents also complained to the state’s Department of Environmental Quality about the water’s smell and color in 2014 and 2015. Lead leached into the city’s water supply after the failure to apply corrosion control chemicals after switching to the Flint River for municipal water.

Read the rest of this Detroit News report here: AG’s office got Flint complaints a year before probe 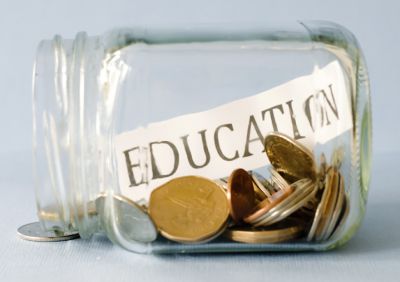 All Districts, MI — Late in the Lame Duck legislative session of 2014, Democrats won what they thought was a major victory in getting the Republican-led legislature and Gov. Snyder to agree to a study of how much it actually costs to educate a child in Michigan.
Though the study had been long avoided for fear it would suggest schools are way underfunded, Republican leaders traded their support for the study in return for Democrats’ “yes” votes for the Proposal 1 highway funding plan soundly rejected by voters the following May.
Now, two months after its release, the Michigan Education Finance Study remains more an item of curiosity — think meteor landing — than the bombshell intended by Democrats and feared by Republicans. To date, it appears unlikely the report’s impact on the education/legislative landscape will resemble the crater left by meteor or man-made missile.
True to expectations, the report suggested Michigan does not spend enough on education to achieve the desired proficiency levels or the demands set for students and schools on the MSTEP and the SAT. The report recommends a base foundation of $8,667 per student; most districts receive the current base (lowest) foundation amount of $7,511.
Unfortunately, the study did not provide the information most desired, or expected.
– See more at: http://www.schoolnewsnetwork.org/index.php/2015-16/adequacy-study-inadequate-so-funding/#sthash.013yayaS.dpuf

One need look no further than the Godfrey-Lee School District to understand the shortcomings of a study based on successful school districts. Godfrey-Lee is funded at the current base foundation of $7,511 for the coming school year. Across town, Forest Hills is funded at a level near the $8,667 recommended by the APA study. Receiving Forest Hills funding in Godfrey-Lee would make a difference, but it would in no way bring Godfrey-Lee achievement scores up to Forest Hills levels. Why? Because about 90 percent of Godfrey-Lee students are considered at-risk due to their family income levels. and nearly two-thirds are English-language learners.
– See more at: http://www.schoolnewsnetwork.org/index.php/2015-16/adequacy-study-inadequate-so-funding/#sthash.013yayaS.dpuf

John Laurits writes:
Greetings, my brothers, sisters, & others —
Today, for the purposes of provoking thought & fanning the fires of justified outrage, I’d like to offer a series of analogies to you all. It is my sincerest hope that the questions & implications which arise will be as constructively infuriating to you as they were to me…