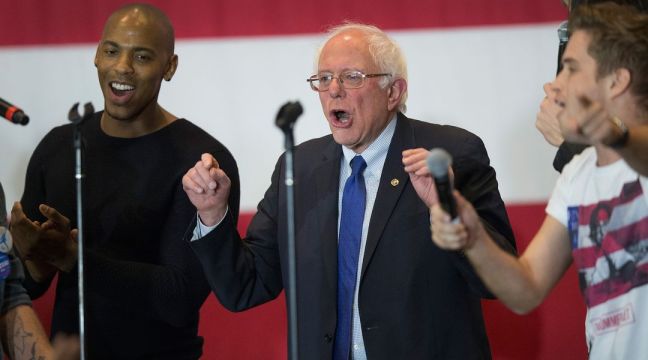 Bernie Sanders’s presidential campaign is based on a simple theory: There is a reserve army of liberal voters who’ve sat out past elections but who stand ready to support a more stridently leftist Democratic nominee.

By getting these historic nonvoters to turn out, Sanders claims, he could win the general election, maybe take back the House and Senate, and have an organized public ready to pressure Congress to pass a democratic socialist agenda.

So far, this idea of a leftist political revolution has been widely dismissed as implausibleby many liberal commentators — and I share a large part of their skepticism. But new research by Stanford political scientists Simon Jackman and Bradley Spahn has convinced me that at least one big part of it is correct: There really is a reasonably large segment of the American population that most political campaigns aren’t reaching.

It’s a segment that’s disproportionately black and Latino and decidedly more liberal than the American public as a whole. If they were turning out, it could conceivably push the American electorate to the left.

It’s getting them to the polls that’s the hard part.

Read the rest of the report here: The best evidence I’ve seen that Bernie Sanders’s political revolution might be possible – Vox 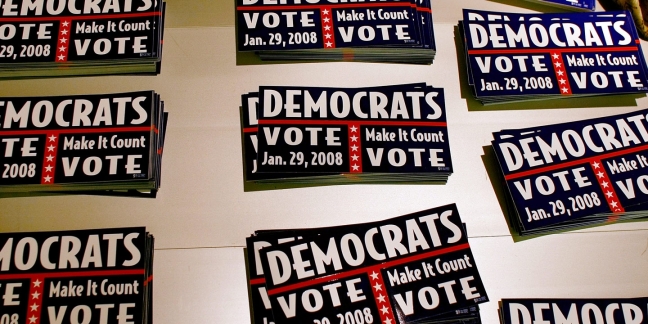 DEMOCRATIC LAWMAKERS HAVE declared that they will work to get money out of politics, but only a few are interested in getting rid of a Democratic Party system that allows corporate lobbyists to select the party’s presidential nominee, potentially thwarting the will of voters.

Democratic National Committee rules allow for 712 so-called superdelegates to vote at the nominating convention, alongside the 4,053 pledged delegates who are selected directly by primary voters and caucus goers.

Most of the 712 superdelegates, who are not bound to the decisions of voters, are elected Democratic politicians. But a significant number are individuals in the private sector.

As we reported previously, several superdelegates are former politicians and party insiders who now work as lobbyists for banks, oil companies, foreign governments, and payday lenders, among other special interests.

We recently asked a number of congressional Democrats about lobbyist superdelegates and received a mixed reaction.

Read the rest of the report here: Some Democratic Lawmakers Are Open to Removing Lobbyists as Superdelegates 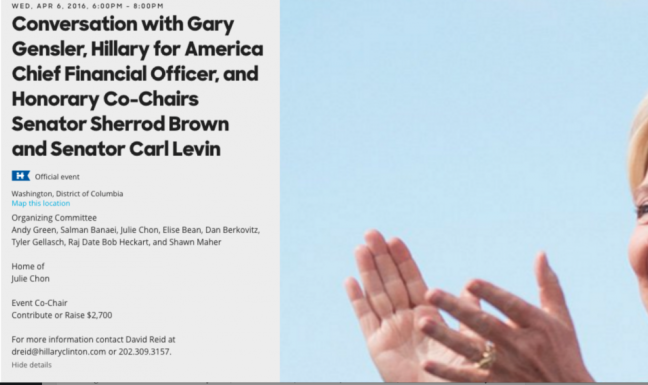 As Hillary Clinton questions rival Bernie Sanders over the depth of his financial reform ideas this week, a group of former government officials – once tasked with regulating Wall Street and now working in the financial industry or as Wall Street lobbyists  — are participating in a fundraiser for her in the nation’s capital.

The host: Julie Chon, a former Senate Banking Committee staffer who today is a managing director at the New York hedge fund Perry Capital.Finance chair Gensler is a former Goldman Sachs staffer who later joined the Obama administration as a financial regulator.

Several members of the organizing committee are now either advocating for corporate clients or advising them how to evade the regulations they once enforced. 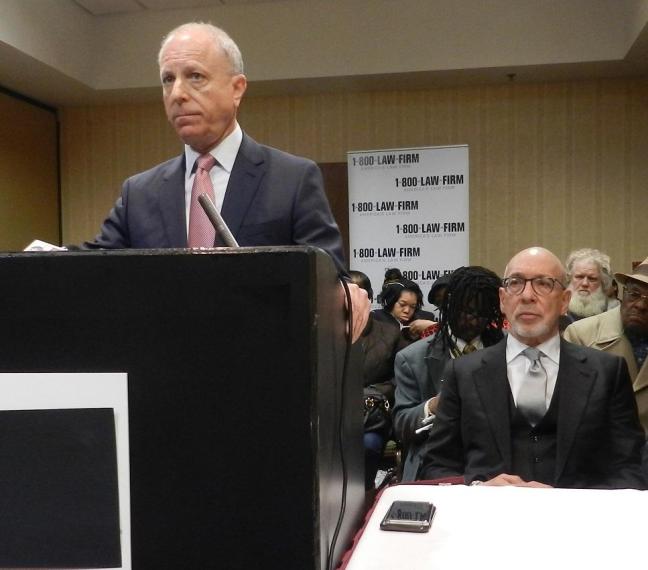 Another day, another class-action lawsuit is filed seeking damages in the Flint water crisis.

But this one is a little different from the rest.

The lawsuit accuses state and local officials of racketeering. 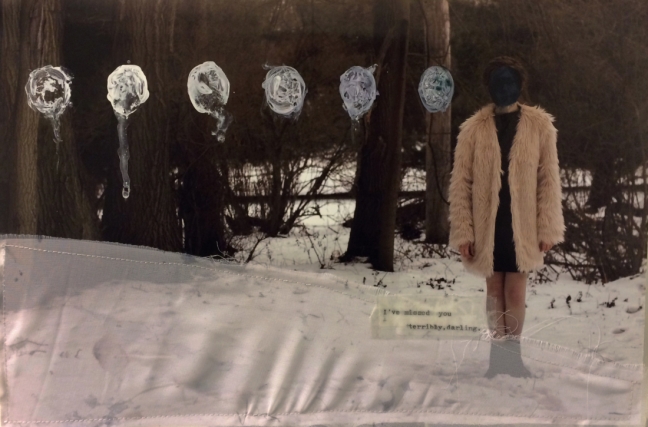 In addition to Jenks, 11 other Howell High School students were selected to have their artwork displayed as part of ASA. Those students are… (follow link) HHS student wins top honors, others have work displayed in Lansing Art Gallery competition – The Livingston Post 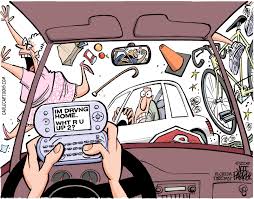 With more than 3,000 people killed nationwide in distracted-affected crashes in 2012, the Michigan State Police (MSP) seeks to educate the public about the dangers of distracted driving.

According to the National Highway Traffic Safety Administration, distracted driving is any activity that could divert a person’s attention away from the primary task of driving. Distracted driving includes texting, using a cell phone, eating or drinking, talking to passengers, grooming, reading, using a navigational system, watching a video or adjusting a radio, CD player or MP3 player.

“Distracted driving is a known serious problem; however, drivers are still partaking in this dangerous activity and putting their lives and others at risk,” said Trooper Cecil Vashaw from the MSP Wayland Post. “Paying attention to the road and your surroundings can make the difference in preventing a crash and arriving home safely.”

Texting while driving is especially dangerous because it requires the visual, manual and cognitive attention of the driver. Sending or receiving a text takes a driver’s eyes from the road for an average of 4.6 seconds, which at 55 mph is equivalent to driving the length of a football field.

Back in February, the Pennsylvania Supreme Court ruled that Philadelphia’s appointed-not-elected School Reform Commission didn’t have most of the powers it thought it had.

It was immediately difficult to determine whether this was good news or bad news — the SRC had claimed for itself the power to cap charter enrollment, close schools, and unilaterally rewrite/cancel teacher contracts (thereby guaranteeing that the SRC had no friends in Philadelphia’s education world).

What the court actually said was that the original act of the legislature that gave the SRC “carte blache” to do whatever the heck they wanted was, in fact, unconstitutional.This was bad news for the SRC, which has discovered, among other tings, that Pennsylvania charter school law lets charters suck a huge amount of blood out of public school systems. They have also discovered that paying teachers costs money (and are busy discovering this year that hiring substitute teachers costs money, too

). The SRC can be forgiven for feeling hugely poor– they are dealing with a very poor urban system in a state that has one of the worst funding systems in the country.

But their dreams of being able to rule over the district like autocratic CEO’s are now dashed for good. The PA Supremes considered revisiting their February decision  and used exactly one sentence to deny that reconsideration. Philadelphia schools will have to operate under the law, and the SRC no longer gets to make up their own rules and play sheriff in a wild west town.

Source: What ESSA Means for Teacher Evaluation and VAMs | VAMboozled! 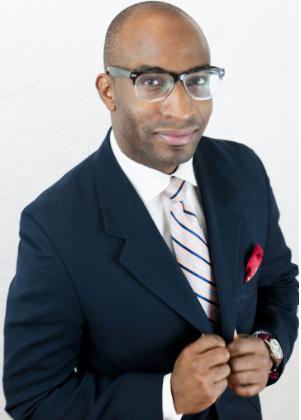 On March 27th, David Alexander Bullock took on a project nobody has yet dared to do: To see if he can collect nearly 790,000 valid petition signatures in just 60 days to put the recall of Michigan Gov. Rick Snyder on the ballot. Prior to 2012, signatures had to be gathered in 90 days but Republicans were tired of people trying to get them out of office after their attacks on schools, workers, and democracy itself so they passed legislation signed into law by Gov. Snyder making democracy just that much more difficult.

Bullock has experience at this. He was one of the primary organizers of the successful effort to repeal Public Act 4, the Michigan’s first Emergency Manager law after Republicans swept into office in 2010.

The language approved for this recall references Gov. Snyder’s declaration of a state of emergency in Flint after the poisoning of their drinking water with the powerful neurotoxin lead. Here is the specific language you will see on official petitions (note that the petitions may be handwritten and that’s fine):

Governor Richard D. Snyder declared a state of emergency in the County of Genesee and the City of Flint pursuant to the Constitution of the state of Michigan and provisions of Act No. 390 of the Public Acts of 1976, filed with the Secretary of State on January 5, 2016, and ending on February 1, 2016, unless extended as provided by Act No. 390.

The signature gathering for this effort is now underway so I thought it would be good to check in with Bullock, see how the effort is going, and find out details on how people can get involved.

Source: INTERVIEW: David Alexander Bullock talks about the effort to recall Gov. Snyder and how people can get involved | Eclectablog

BOULDER, CO (April 6, 2016) – The potential benefits of education policies extend far beyond the usual metric of test scores. A policy might be considered beneficial, for example, if it leads to reduced criminal behavior. That is the claim made in a recent report from University of Arkansas researchers, who studied the relationship between crime and a school voucher program.

A review of the report finds that the study, while suggestive of a possible correlation, has several weaknesses and certainly does not support the implication that the voucher programs caused a reduction in crime.

Using data from the Milwaukee Parental Choice Program (MPCP), the researchers compared crimes processed through the Wisconsin courts for program participants and a matched sample of public school students.

Although most of these comparisons showed no association, the report finds that some subgroups of MPCP students were less likely to commit crimes as adults.Clive Belfield, an Associate Professor of Economics at Queens College, City University of New York, reviewed the report, The School Choice Voucher: A “Get Out of Jail” Card? for the Think Twice Think Tank Review Project at the National Education Policy Center, housed at the University of Colorado Boulder’s School of Education.

Professor Belfield writes that education and crime are often found to be negatively correlated, so if a program has an educational benefit, it is reasonable to expect that criminal behavior might be reduced. Moreover, the past MPCP research, from this same group of researchers, has announced some benefits, albeit modest and mixed. But the findings in this new study do not warrant any strong claims.One concern is that the paper employs a matching method that omits some important factors that explain school choice and crime.

So differences between the voucher group and the matched (control) group cannot easily be attributed to the voucher policy.Also, the study’s results are highly variable, with most of the comparisons between MPCP participation and measures of adult crime showing statistically insignificant results. Professor Belfield explains that a valid interpretation of the report is that vouchers and crime are, in fact, not correlated.

Conversely, for subgroups and estimation approaches that do yield statistically significant associations, the MPCP effects appear to be too extreme. Finally, even assuming that vouchers do reduce adult crime, it remains unclear by what mechanisms vouchers might do so.Professor Belfield also cautions that the report is wrong to assert that the methods used justify a causal inference.

The study’s title should not imply that voucher programs are a “get-out-of-jail” card, and the evidence in the study is associational, not causal.Belfield concludes that, though the report contributes to policy and practice in looking at how educational processes influence behavioral outcomes, “it is unclear how useful the actual findings of this paper are for policymakers.”

Find Professor Belfield’s review at:http://nepc.colorado.edu/thinktank/review-school-choiceFind The School Choice Voucher: A “Get Out of Jail” Card? by Corey DeAngelis and Patrick J. Wolf, published by the University of Arkansas, at:http://www.thewheelerreport.com/wheeler_docs/files/9398uaworkingpaper.pdf