The mainstream media has been trying to portray John Kasich, a compassionate conservative who cares about everyone, not just corporations.

I want to follow up the blog I just posted with a comment about the nature of gun violence – what it is and what it isn’t.  And I want to write this as a response to another Big Lie promoted endlessly by Gun Nation, namely, the idea that guns don’t kill people, it’s people who kill people.  And the way that Gun Nation promotes and justifies this Big Lie is to just as endlessly promote the notion that just about everyone who gets killed with a gun is either shot by a maniac, a home-grown terrorist or the favorite shooter-personality of all, the ‘street thug.’

It’s the caricature of guns always being used by drug dealers and gang-bangers which shows up again and again in attempts by Gun Nation to spread the gospel of the ‘armed citizen’ as our first line of defense against crime. This started with…

If you live in Ohio, and if you were paying attention during the 1990s, the decade of decisions and appeals of the DeRolph school funding case, you understand the concept of residual budgeting.  School funding in Ohio, the plaintiff’s attorneys explained again and again, is a mere budgetary residual. The legislators calculate the pot of tax money available this year; then they look at what they spent on education last year; then they divide available revenue  up across all the functions of government including education—usually making sure they don’t spend too much less on education than last year unless there is a budgetary emergency.  Any year’s state budget allocation doesn’t necessarily reflect what services are really needed, nor does it demonstrate an investigation of what different programs cost. In fact, because last year’s funding is usually the baseline, and because last year’s funding was likely way too low, the school…

Lisa Nielsen, author of the blog “The Innovative Educator,” hopes that technology will mean the end of teaching as we know it.

“Why deny that the traditional role of the teacher is needed less and less? Technology can do much of what teachers do and better….That teachers have intimate relationships with their students and learning is customized is a fantasy.”

Nielsen has been featured on the blog of Tom Vander Ark, the digital learning guru who has been pushing online learning for nearly two decades and was instrumental in the development of the Ten Elements of High Quality Digital Learning, now a key feature of ALEC’s state report cards.

“The explosion of information and interactivity should have been an educational game-changer….but the game has been very slow to change,” Nielsen laments, just as Vander Ark did in this article.

If, as an education advocate, you were on the fence as a Democrat on who to vote for during this Presidential primary, look no further.

By the way, DFER loved Arne Duncan and Rahm Emanuel as well as Hillary Clinton.

From the Gadfly on the Wall Blog:

To me that’s an endorsement.

But to Shavar Jeffries, it’s a condemnation.

Jeffries took to the pages of the New York Daily News to decry Sanders position and champion Hillary Clinton’s.

Jeffries is the executive director of Democrats for Education Reform (DFER), a hedge fund front promoting the privatization of public education.

Despite its name, the group doesn’t represent the views of most Democrats. It represents the neoliberal branch of the party that has heavily influenced the education policy of Barack Obama, Arne Duncan, Cory Booker…

Live to Write - Write to Live 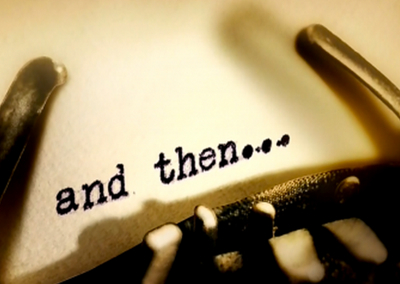 Today marks thirty-nine years, one month, and thirteen days since I wrote my first journal entry. I was seven years-old at the time, and the words I chose for the first page of my first notebook were not my own. They were Shakespeare’s. I copied his poem Fairy’s Song from my Read Me a Poem children’s anthology. (Even then I was a stickler…

In the shitty excuse for investigative journalism, yesterday’s alleged expose of CTU money, The Chicago Sun-Times focused on union money spent on the union’s law firm.

Since Lewis and her team took over the union’s leadership in June 2010, Robin Potter & Associates has been paid more than $1 million to handle discrimination cases and other matters involving teachers.

“What does the union need lawyers for?” asked a reader.

I could give you a list a mile long.