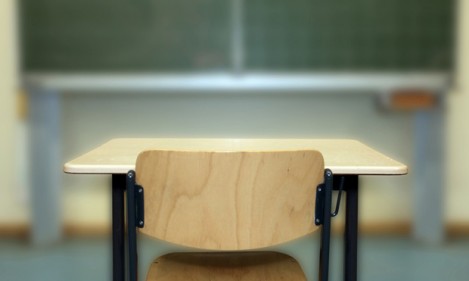 For decades, educators and policymakers have been concerned about the gaps in academic achievement that have long separated white children and minority children. Numerous efforts to reform public education programs have been launched nationally and locally to try to boost student test scores and help youth of all races and ethnicities perform at the same level. While students have made progress, disparities remain and, in some cases, still are quite large. For example, white, black and Latino students in the U.S. all had better high school graduation rates in 2011-12 compared to 2009-10. However, white students were more likely to graduate. In 2011-12, 85 percent of white students finished high school on time and with a regular diploma compared to 68 percent of black students and 76 percent of Latino students, according to data from the National Center for Education Statistics.

Federal data shows that student scores on the SAT college-entrance exam have improved as well. The combined math and reading scores of white students grew from an average score of 1038 in 1986-87 to a score of 1061 in 2012-13. Over the same time period, black students raised their combined score from an 839, on average, to a 956. Puerto Rican students went from a score of 868 to a 909 and Mexican American students’ scores rose one point to a 913.

As the nation scrutinizes the academic performance of minority children, scholars and researchers have been looking into the factors that could be hindering children of color. One area of focus is instruction time — whether minority children have less time in the classroom because of illness, absenteeism, tardiness or disciplinary actions such as suspensions or expulsions. A September 2015 report released by Attendance Works and the Healthy Schools Campaign looks at how chronic absenteeism disproportionately affects children from minority and low-income families and those with disabilities. Several studies in recent years have taken on the issue of student suspension, revealing alarming trends. For example, a 92-page report from the University of Pennsylvania’s Graduate School of Education found that 55 percent of black-student suspensions nationwide in 2011-12 occurred in 13 Southern states. In 84 Southern school districts, black students were the only students who were suspended that school year.

A 2016 study published in Social Problems contributes new insights to the ongoing discussion about racial disparities in school discipline and academic achievement. The authors of the study, titled “The Punishment Gap: School Suspension and Racial Disparities in Achievement,” indicate that it is the first-ever comprehensive analysis of suspension as an explanation for racial gaps in student performance in math and reading. The authors – Edward W. Morris of the University of Kentucky and Brea L. Perry of Indiana University — used data from the Kentucky School Discipline Study and school records to examine how suspension affected a sample of 16,248 students in grades 6 through 10 over a three-year period.  Most of the students involved – 59 percent – were white while 25 percent were black and 10 percent were Latino. Four percent of students were Asian and 3 percent identified as being another race.

The study’s key findings include:

Related research:  A 2014 research roundup explores the strategies that schools use to eliminate or prevent violence on campus. A 2014 study published in the American Educational Research Journal, “Parsing Disciplinary Disproportionality: Contributions of Infraction, Student and School Characteristics to Out-of-School Suspension and Expulsion,” looks at how rates of suspension and expulsion can be predicted by the type of infraction committed as well as demographic factors and principals’ attitudes. A 2014 study from scholars at Johns Hopkins University, “Sent Home and Put Off-Track: The Antecedents, Disproportionalities, and Consequences of Being Suspended in the Ninth Grade,” looks at how suspending students during their first year of high school can influence their academic performance and the likelihood they will attend college.