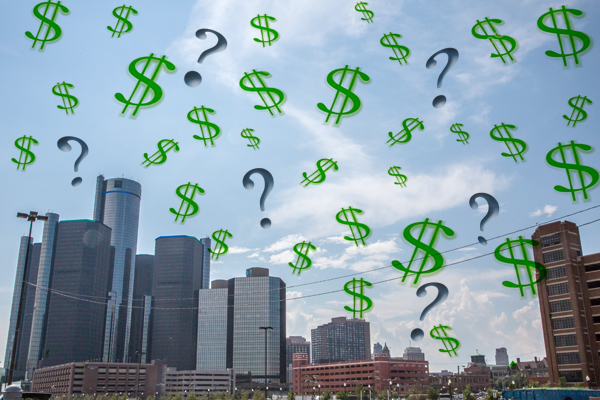 Yesterday, despite massive protests by faculty and students, the Eastern Michigan University chose to stay in their interlocal agreement with the Education Achievement Authority, Gov. Rick Snyder’s failed experiment on Detroit children.

Here’s how they explained themselves:

Mike Morris, the chair of Eastern Michigan University’s Board of Regents, said if he had to choose between staying the course with the school’s commitment to its interlocal agreement with the Education Achievement Authority, and having a happy faculty, staff and student body, he’d choose to keep the contract with the EAA.“I see the eyes of those kids (in Detroit schools) who are having a chance to be successful and I hear their parents talk about ‘This is different and so much better. I really think my children have a chance to be successful,’” he said.

“Voting to leave would be easy. Staying and continuing to fight for the future of these kids is the right thing to do,” Morris told WXYZ Detroit.

These are interesting statements given that less than a week ago, the Regents put out an official statement distancing themselves from the failed school district, saying they have little to nothing to do with how it is run saying, “To be clear, Eastern Michigan University does not direct, manage or get involved in decisions made by the Educational Achievement Authority … Eastern’s involvement in the EAA is very limited and does not involve decisions about which schools go in to or out of the EAA or any other management or operational decisions.”

Source: How much more of a failure does the Education Achievement Authority have to be before EMU & Gov Snyder end it for good? | Eclectablog