Some of the headlines are, well, crazy…

No, no, no – California’s so-called “motor voter” is not a plot to let illegal aliens vote!

When people go to the DMV to obtain or renew a driver’s license, or to get a California state identification card, they’ll be asked for the usual information in such transactions, such as their name, date of birth and address. They’ll also be asked to affirm their eligibility to vote and will be given the choice of opting out of registering at that time. Information about anyone who does not decline registration will be electronically transmitted from the DMV to the secretary of state’s office, where citizenship will be verified and names will be added to the voter rolls.

The law goes into place on Jan. 1, 2016, but the DMV said in a statement that it would not send information to the secretary of state until that office “develops regulations, completes a statewide database system and funding is secured to implement this program.” The regulations, which must be agreed upon between the DMV and the secretary of state, will have to settle basic procedural issues, such as how the “opt-out” question will be phrased and how often the DMV will transmit data. The statewide voter registration database, Vote-Cal, is on track to be implemented by June 2016, said Secretary of State Alex Padilla.

Much in the news lately about comparing the US capitalist economic model with the Danish social democratic model. I’m no expert mind you – but when I spotted this meme floating around with a “I am a teacher in Denmark and…” caption (a lengthy one mind you) I knew something (okay, EVERYTHING) was wrong about it.

Here is the woman in the meme on a poster for a Danish show. It’s about a teacher who is a single mom called Rita. So, she’s not a teacher in real life as the meme suggests – but she plays one on Danish Tv if that help any. (Hint: It doesn’t.) 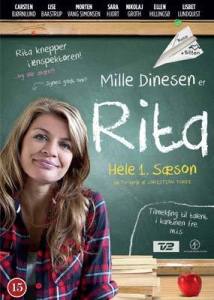 As you can see the meme is full of “facts” — make that “data” — since they are all pretty much bogus, I’ll just pick one – suicide rates.

The World Health Organization database has the US ranked 47th and Denmark 82 – suicides per 100,000 persons. http://www.worldlifeexpectancy.com/cause-of-death/suicide/by-country/

And finally, comparing US to Demark’s system of personal income taxes and payroll taxes would be like comparing apples to oranges. They can be contrasted (for example the Danish system does not have amything comparable to Social Security or Medicare for retired persons. Retirement plans for workers are all private not public. The systems can be contrasted but not compared. The syntax on this pages is somewhat awkward due to the translation. http://www.taxindenmark.com/article.65.html

Look, not that those on the political LEFT probably don’t also find themselves falling for bogus memes like this one from time to time, but maybe because I tilt left, I do find the RIGHT does so love and fall for this sort of thing.

As someone noted the other day – when it comes to things like this posted on social media:

The United States prison population has increased by 700 percent since 1970.

One in 99 Americans is incarcerated. Half of the federal prison population is serving time on a drug conviction.

The costs of incarcerating more and more of our fellow citizens – including many for non-violent drug offenses – have skyrocketed.

Conclusion: Too many resources are spent keeping people in prison rather than on treatment and anti-recidivism programs.

Canadian voters reclaimed their country’s liberal identity sending Justin Trudeau — the son of one of the country’s most dynamic politicians — to the prime minister’s office and ending 10 years of conservative leadership under Stephen Harper.

The victory in Monday’s election by Trudeau’s Liberal Party was stunning. The Liberals were on a path to win at least 184 seats out of 338 – a parliamentary majority that will allow Trudeau to govern without relying on other parties. The Liberals received 39.5 percent of the overall vote compared to 32 percent for the Conservatives and 19.6 for the New Democrats.

Harper, one of the longest-serving Western leaders, will step down as Conservative leader, the party announced as the scope of its loss became apparent.

Trudeau’s victory could result in improved ties with the United States, at least for the remainder of Barack Obama’s presidency. Harper was frustrated by Obama’s reluctance to approve the Keystone XL pipeline from Alberta to Texas and clashed with the president on other issues, including the Iran nuclear deal. Although Trudeau supports the Keystone pipeline, he argues relations should not hinge on the project.

Trudeau is the son of the late Prime Minister Pierre Trudeau, who swept to office in 1968 on a wave of support dubbed “Trudeaumania.”  He was prime minister until 1984 with a short interruption and remains one of the few Canadian politicians known in America, his charisma often drawing comparisons to John F. Kennedy.

Trudeau channels the star power — if not quite the political heft — of his father. Tall and trim, he is a former school teacher and member of Parliament since 2008.  At 43, he becomes the second youngest prime minister in Canadian history and has been likened to Obama.

Lawmakers grilled Illinois State Board of Education officials this summer about an $89,000 severance payment awarded to outgoing state schools Superintendent Christopher Koch, but they likely didn’t know the half of it. Koch walked out the door in the spring with almost $207,000 in taxpayer dollars on top of his regular salary, state records show. He collected the severance plus $118,000 for 138.5 unused vacation days accumulated over the years — a perk that many private employees don’t get. Several dozen other departing staffers got cash bonuses and payments for unused vacation, sick and personal days as the agency transitioned to a new leader to oversee Illinois public schools, the Tribune found. Those payouts, combined with Koch’s, added up to at least $500,000 at a time when many school districts were struggling with deficits.